In today’s ever-connected digital world, we are no longer immune to cyberattacks; recent reports highlight that a cyberattack occurs every 39 seconds in the United States! Once a cyberattack happens, millions of people could be harmed, and billions of dollars will be lost; Government-run organizations can be shut down and services can’t be provided to citizens. The InfoSec Summit 2021 virtual event highlights the latest insights on risk management, privacy, cybersecurity, and resilience. InfoSec Summit 2021 is hosted by the Department of Information Science, College of Life Sciences at Kuwait University and under the Patronage of the President of Kuwait University and in Collaboration with the Communication and Information Technology Regulatory Authority (CITRA) and the United States Embassy in Kuwait.

Dr. Reem is a Global Thought leader in Cyber Security and Digital Transformation with more than two decades of experience who had led significant changes to the maturity of cybersecurity and technology in Energy sector, which is closely linked to Kuwait’s National CyberSecurity posture, and Digital Oil Fields transformation journeys. She is a passionate leader whose valuable contribution to cybersecurity and technology is recognized at national, regional and international levels. She is Founding Partner and Board member of Women in CyberSecurity MiddleEast (WiCSME), which has +1000 members across the region. Having a number of Academic and Professional degrees such as Engineering, MBA, PhD and Harvard’s Business School Executives Program helps her bring a balance of technical and management skills to her current Leadership role. 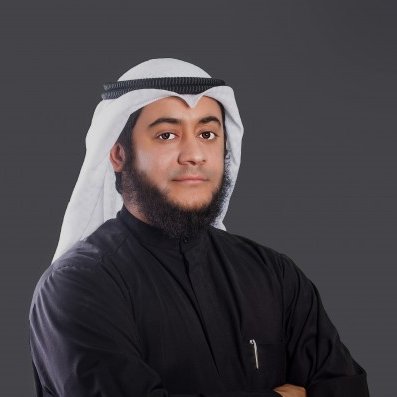 Puneet V. Kakkar is the Resident Legal Advisor to the Gulf for the U.S. Department of Justice and is responsible for providing training and assistance on counterterrorism, cybercrime, and illicit finance. For over six years, Mr. Kakkar was an Assistant United States Attorney in Los Angeles, most recently serving as the Deputy Chief of the International Narcotics and Money Laundering Section. As a federal prosecutor, Mr. Kakkar supervised investigations involving cybercrime, cryptocurrency, money laundering, financial crime, and drug trafficking involving cartels based in South and Central America. His notable cases include the first U.S. money laundering case involving Bitcoin ATMs, a $140-million trade-based money laundering case, the investigation of the San Bernardino terrorist attack, and the dismantling of one of the largest darknet marketplaces in the world. Mr. Kakkar is an international expert on cryptocurrency and the dark web and has trained foreign governments around the world. He has also been published on the areas of cybercrime and recently oversaw the compilation and publication of an issue dedicated to cyber-related issues in the Department of Justice’s Journal of Federal Law and Practice. He also conducts outreach on behalf of the Department of Justice with components of the private sector regarding these issues. Mr. Kakkar received his undergraduate and law degrees from the University of California, Berkeley. Prior to joining the U.S. Department of Justice, he was a law clerk to a federal judge, practiced entertainment law in Los Angeles, and worked on criminal justice issues in New Delhi, India.

From Guns to Keyboards: Cyberterrorism and Resilience in the Digital Battlefield

Terrorists have taken their techniques of attacks from the battlefield to the digital field. Over the past few years, terrorist groups and those sponsored by nation-states supporting terrorism have attacked, and attempted to attack, critical industries through sophisticated hacking mechanisms. These malign actors seek to further their goals of disrupting peace in other countries and raise money to sustain their efforts. The United States has responded to these concerns by investigating and prosecuting these illicit actors, sanctioning their ability to do business, and working with the private sector to ensure that the community can preempt, mitigate, and address cyber attacks. Cyberterrorism is one example of the importance of an overall resilience strategy for all actors who have a presence online. This discussion will describe recent threats in this realm, efforts to preempt and mitigate these types of attacks, and best practices for victim response and reporting of cyber incidents.

The aviation industry relies on a quite complex infrastructure integrated into multiple systems that need to be individually and holistically protected.
Maintaining safe, secure, and resilient operations is a top priority for aviation. Digital transformation brings many advantages to aviation, but at the same time, create challenges in managing cyber vulnerabilities in this complex environment. The airline industry is an attractive target for cyber threat actors with a multitude of motivations, ranging from stealing value in data or money to causing disruptions and harm. Cybersecurity is often the specter that comes with any digital transformation.
During the session, AlEnezi will talk about the current cybersecurity challenge in Aviation and future plans aim to provide a seamless inflight experience.

Securing systems requires the right policy and the right mechanisms to enforce the policies. When systems fail to protect one of the major security requirements (integrity, confidentiality, and availability), we often blame the mechanism (i.e., the enforcement component) and look for points of failure in the system, sometimes as software vulnerabilities. Instead, we ask if our policy is to be blamed for the failure of the system? Did we invest enough energy in analyzing and designing the right policy? This talk will briefly point out and discuss the difficulty of analyzing security and designing the right security policies.

Current technological advancements in digital computation and communication have given rise to a variety of innovative and groundbreaking applications. However, as the technologies underlying these applications are still in their early stages, it is vital that the impact they have on the security and privacy of users is carefully studied before full-scale deployment is considered. In this talk, we will focus on one such emerging technology: quantum computing. We will briefly outline the basics of operation of quantum computers and explain the motivation behind their use over classical computers. We then explore the impact that quantum computation would have on cybersecurity, highlighting not only its usefulness as a powerful mechanism for enabling highly secure protocols, but also its controversial application as a tool for breaking existing “weak” security. Lastly, we will go over some current cybersecurity challenges and expectations for the future as quantum computers approach realization.

Kassem Saleh is Professor of Information Sciences at Kuwait University. Kassem was a Software Design Engineer at Northern Telecom and a Computer Systems Specialist at Bell Canada, from 1984-1991. Kassem was at Concordia University in 1991-92, Kuwait University from 1992 to 2000, and the American University of Sharjah from 2000-2007. His research interests include software engineering, information security, project and risk management. He has published about 130 journal and conference papers and one textbook on Software Engineering and has presented tutorials, lectures and invited talks at many conferences and universities. The Journal of Systems and Software has ranked Kassem among the top ten scholars in systems and software engineering in eight annual assessments published from 1996-2003. Kassem holds professional certifications in software engineering (IEEE-PSEM), information security (ISC2-CISSP), project (PMI-PMP) and risk management (PMI-RMP), quality engineering (ASQ-CQE, ASQ-CSQE) and business analysis (PMI-PBA). received his BSc, MSc, and PhD in Computer Science from the University of Ottawa, Canada.

In this talk, we briefly present the cybersecurity capability maturity model and its dimensions including building cybersecurity knowledge and capabilities. We then present the four factors contributing to this dimension, that is, awareness, education, professional training, and research and innovation. Finally, we reflect on the situation in Kuwait with respect to this dimension and its factors, and we recommend developing a national strategic plan to address and enhance the maturity of cybersecurity capacity.

Kassem Saleh is Professor of Information Sciences at Kuwait University. Kassem was a Software Design Engineer at Northern Telecom and a Computer Systems Specialist at Bell Canada, from 1984-1991. Kassem was at Concordia University in 1991-92, Kuwait University from 1992 to 2000, and the American University of Sharjah from 2000-2007. His research interests include software engineering, information security, project and risk management. He has published about 130 journal and conference papers and one textbook on Software Engineering and has presented tutorials, lectures and invited talks at many conferences and universities. The Journal of Systems and Software has ranked Kassem among the top ten scholars in systems and software engineering in eight annual assessments published from 1996-2003. Kassem holds professional certifications in software engineering (IEEE-PSEM), information security (ISC2-CISSP), project (PMI-PMP) and risk management (PMI-RMP), quality engineering (ASQ-CQE, ASQ-CSQE) and business analysis (PMI-PBA). received his BSc, MSc, and PhD in Computer Science from the University of Ottawa, Canada.

Vivek Joshi is the Deputy Counselor for Economic Affairs at the U.S. Embassy in Kuwait and leads cybersecurity, energy, aviation portfolios and oversees environment, health, and banking issues. Prior to Kuwait, Vivek served as the Deputy Political/Economic Chief in Montenegro leading Montenegro’s historic accession to NATO and promoting American business interests there. In his prior assignments, Vivek served as the advisor to the U.S. Executive Director at the World Bank representing U.S. interests in emerging markets of 35 countries from the former Soviet Union and the Middle East and North Africa, worked in the Economic Bureau as staff assistant to the Assistant Secretary, and led telecom, energy, and intellectual property issues in the U.S. Embassy in New Delhi. Vivek represented the Department of State at the U.N. Office of Drugs and Crime in Vienna and at the U.N. General Assembly in New York in developing international counternarcotic and crime prevention policies and worked on nuclear non-proliferation issues with International Atomic Energy Agency. Prior to joining the Foreign Service, Vivek worked in private and public sectors as an environmental consultant, and the Director of Information Management and Planning. He has masters' degrees in Public Administration and Environmental Engineering from Boston and Michigan, respectively.

As a head of IT Security Unit of the Central Bank of Kuwait (CBK), he is responsible for the following:

Ali holds Bachelor of Science (BSc) degree in Computer Engineering and Mathematics (with a minor in Electrical Engineering) from Syracuse University, NY (USA).

Eng. Meshal Alzayed, has over 15 years of experience in the IT and Security field. He also has experience in the financial sector and E-Commerce Projects. He has dealt in implementing different local and international governmental projects as well as experience complex IT projects.
He began his career as a Computer engineer in the private sector and evolved into different positions including project manager for different project and currently head of Emergency Response section in the Communication and Information Technology Regulatory Authority.
Eng. Meshal education includes a bachelor’s in Computer Engineering from the Pennsylvania State University with minor in Economics and Master in Business Administration from Kuwait University.